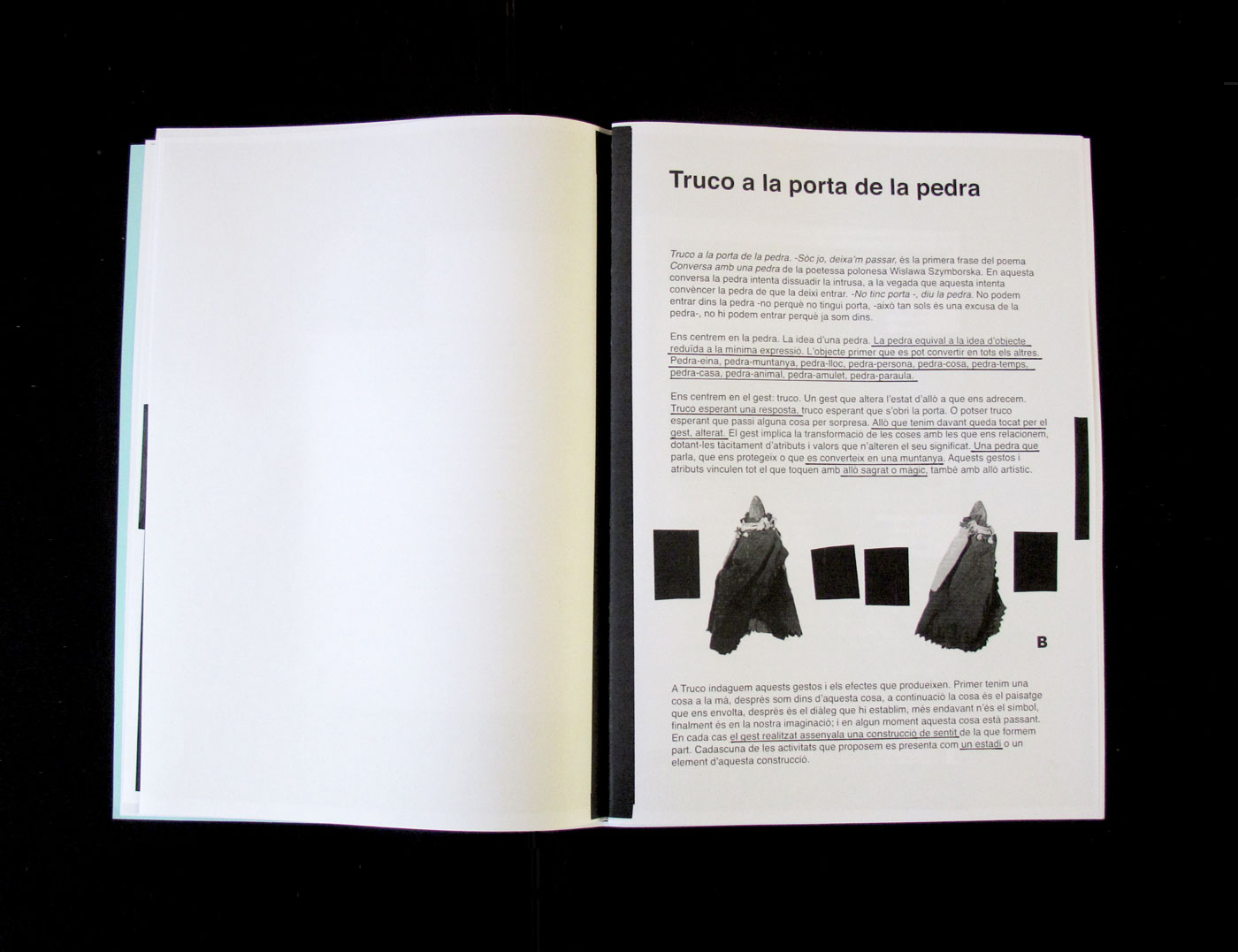 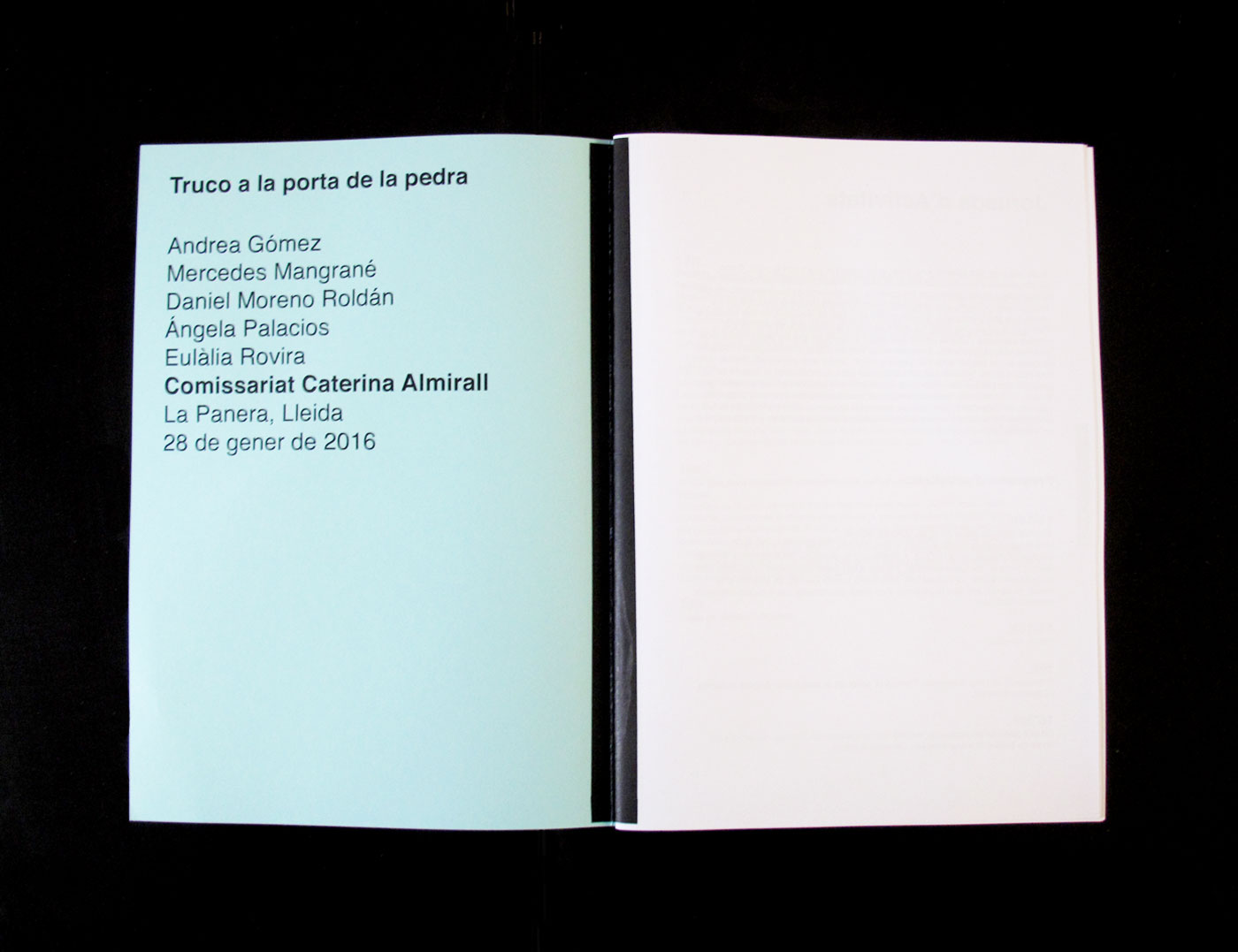 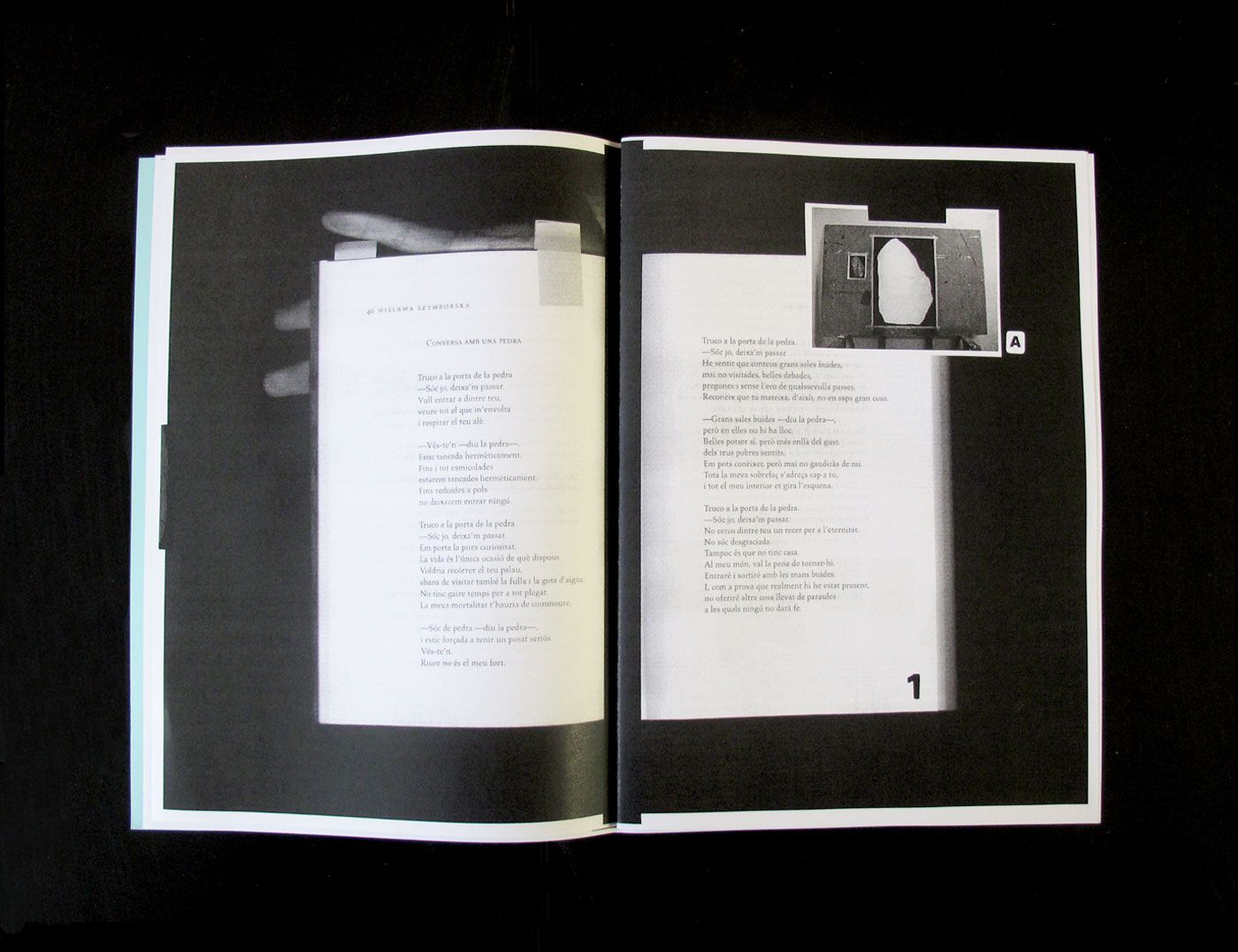 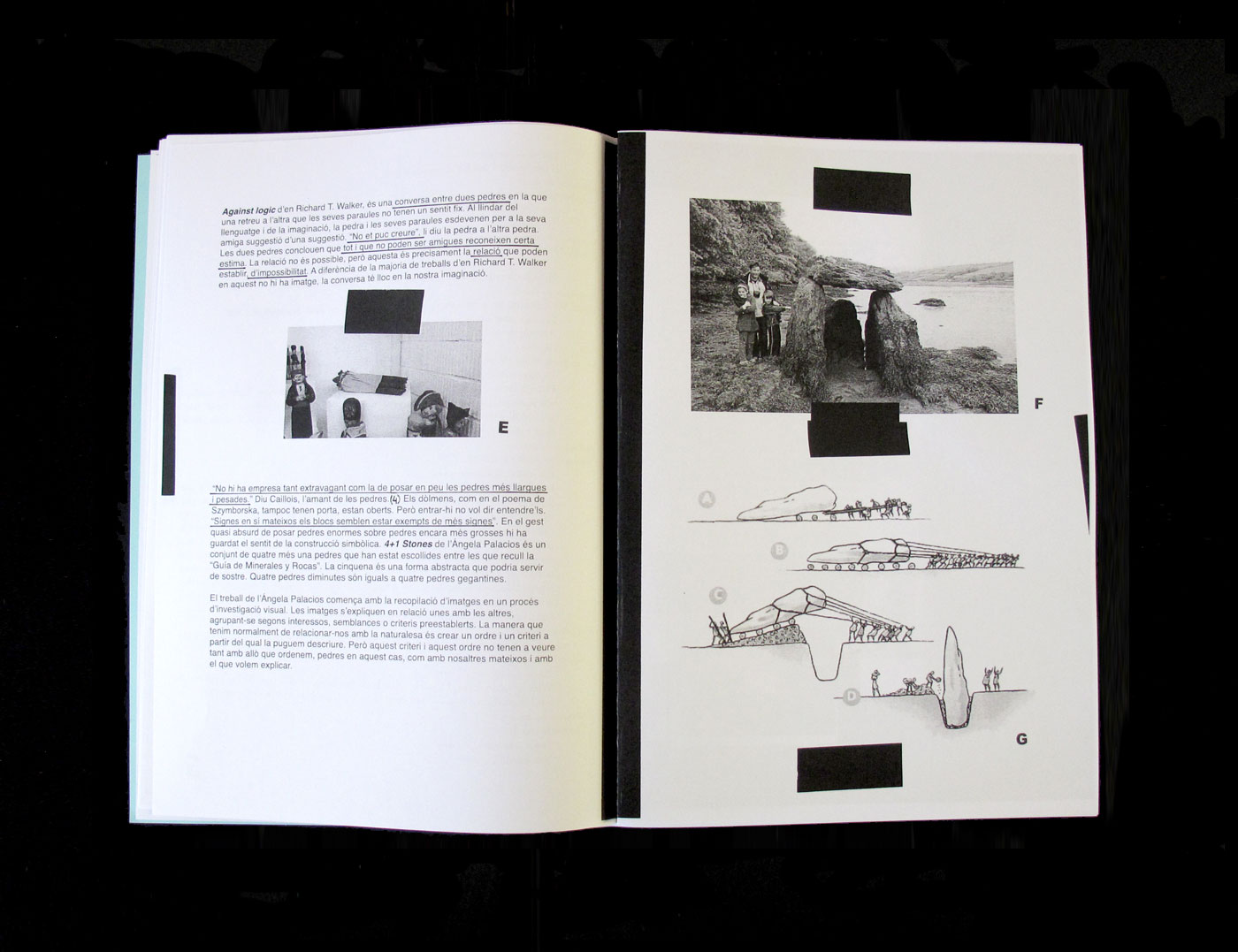 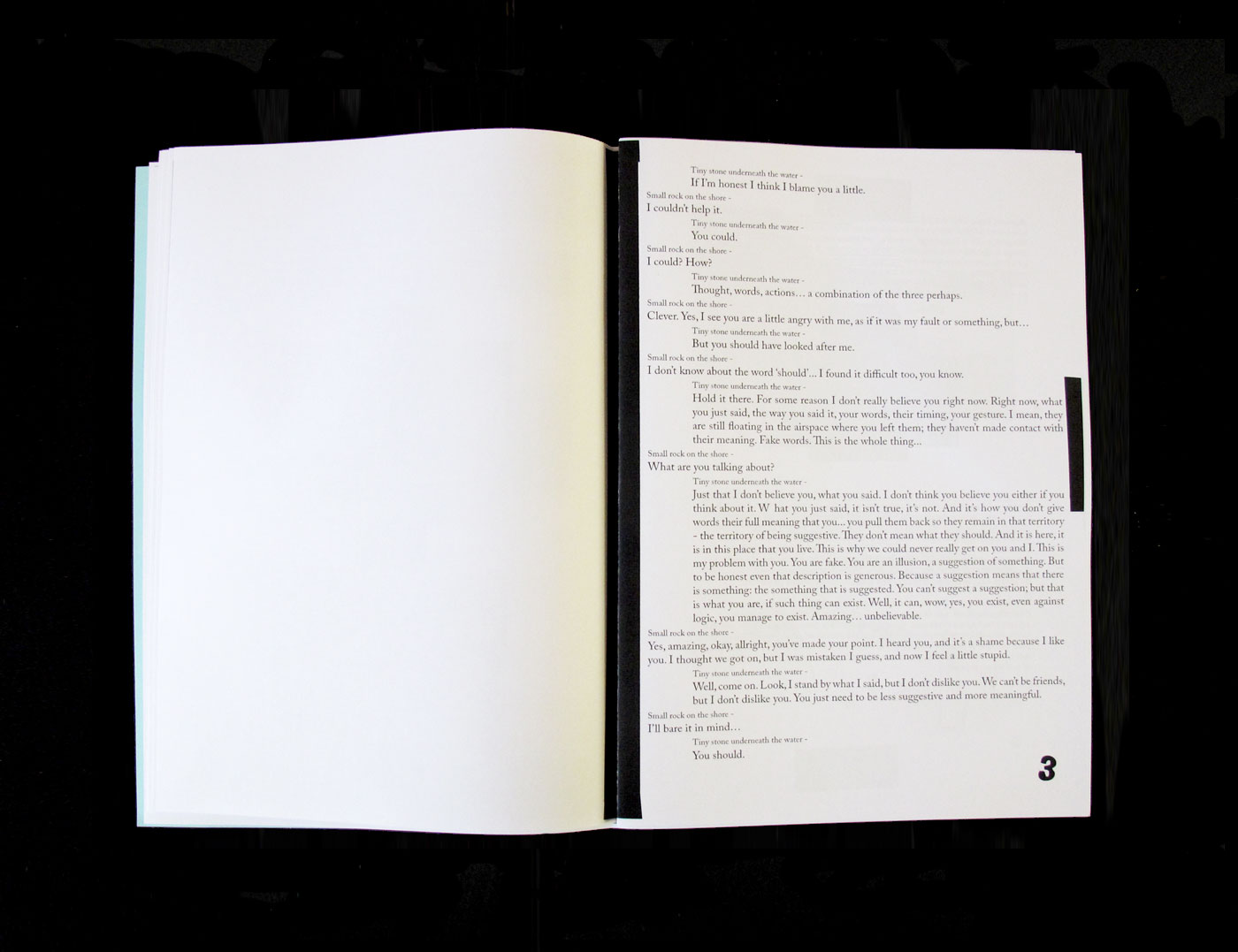 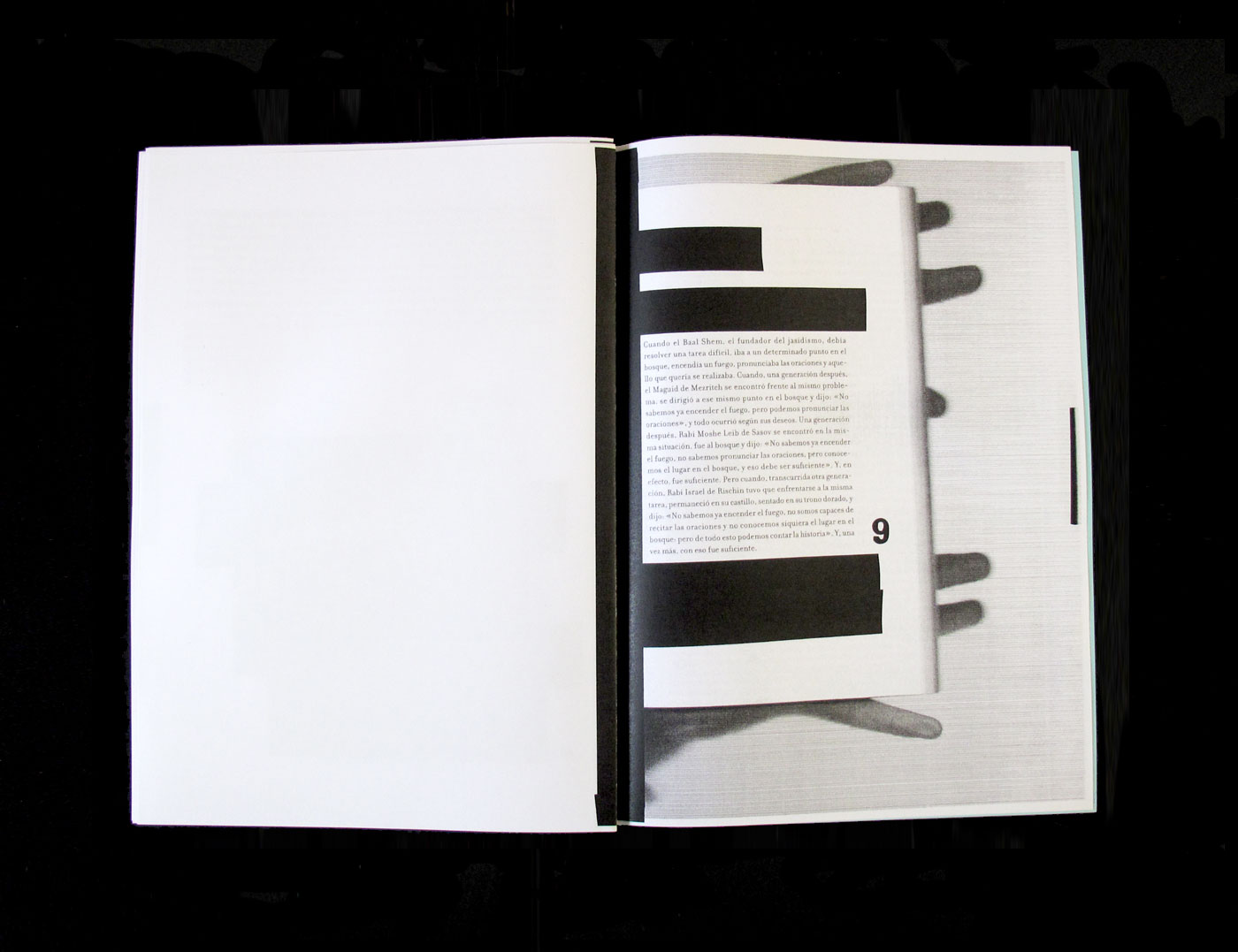 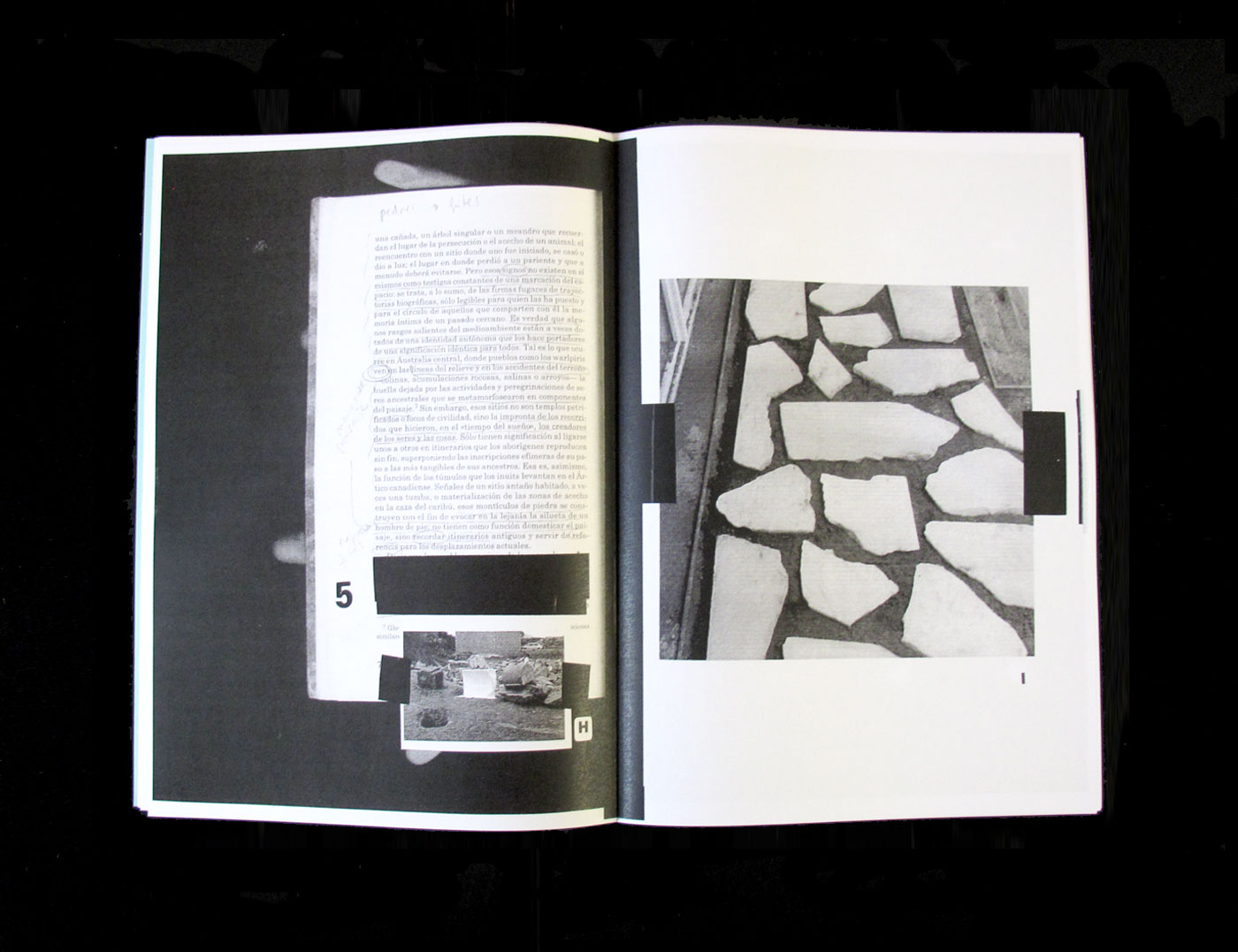 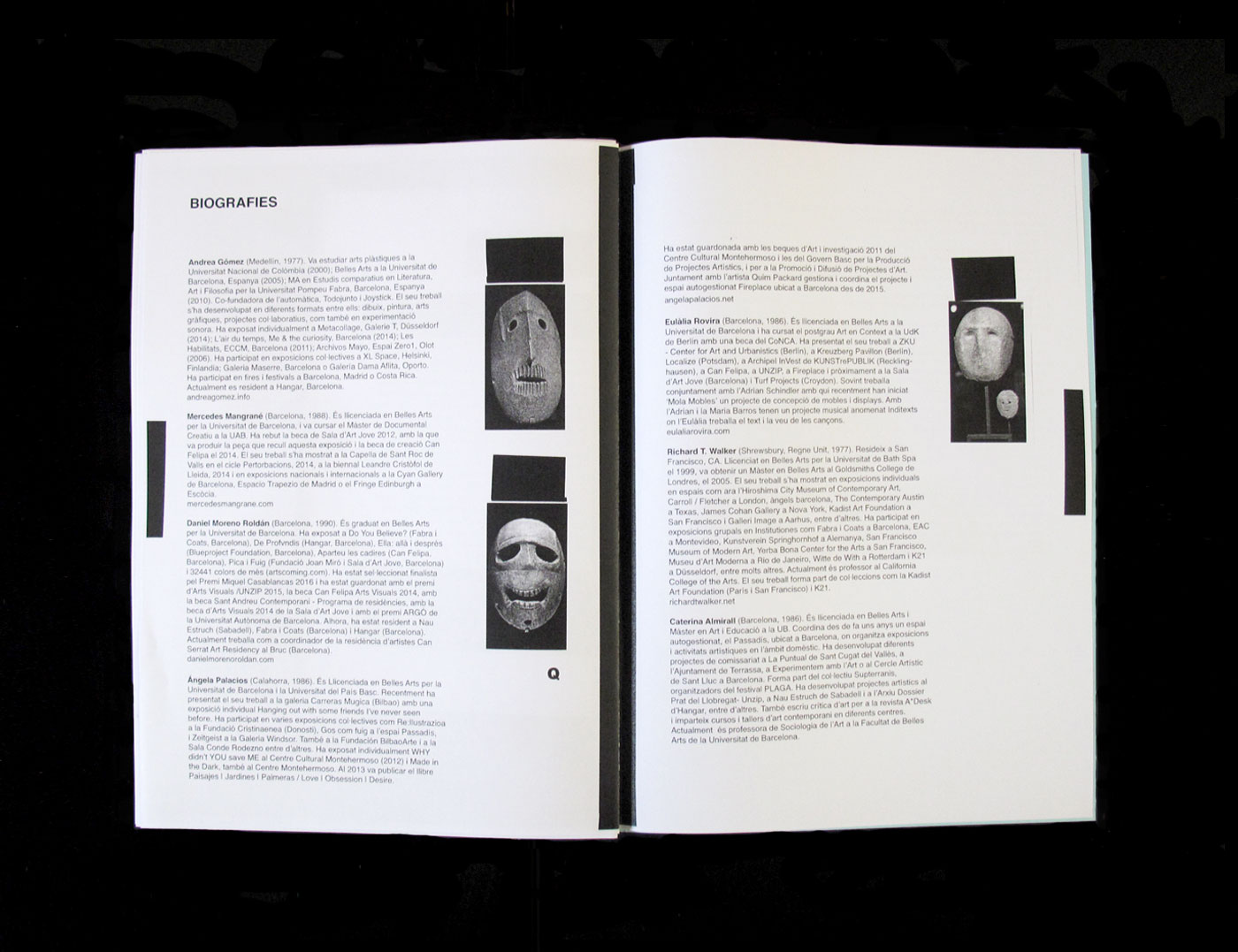 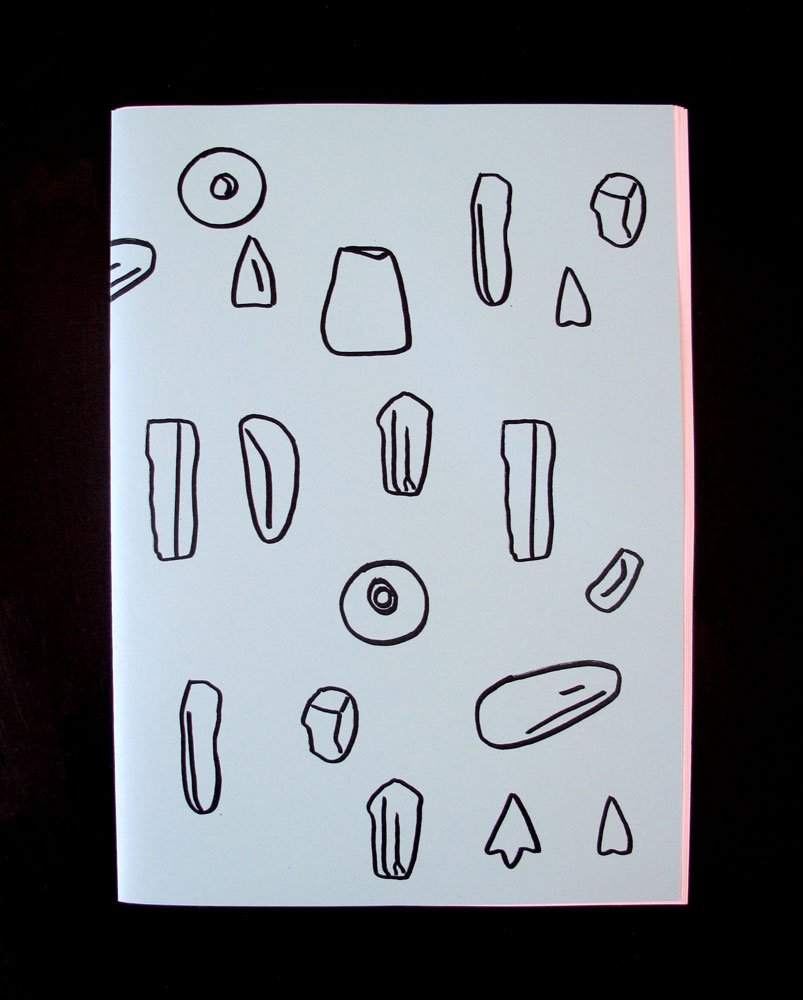 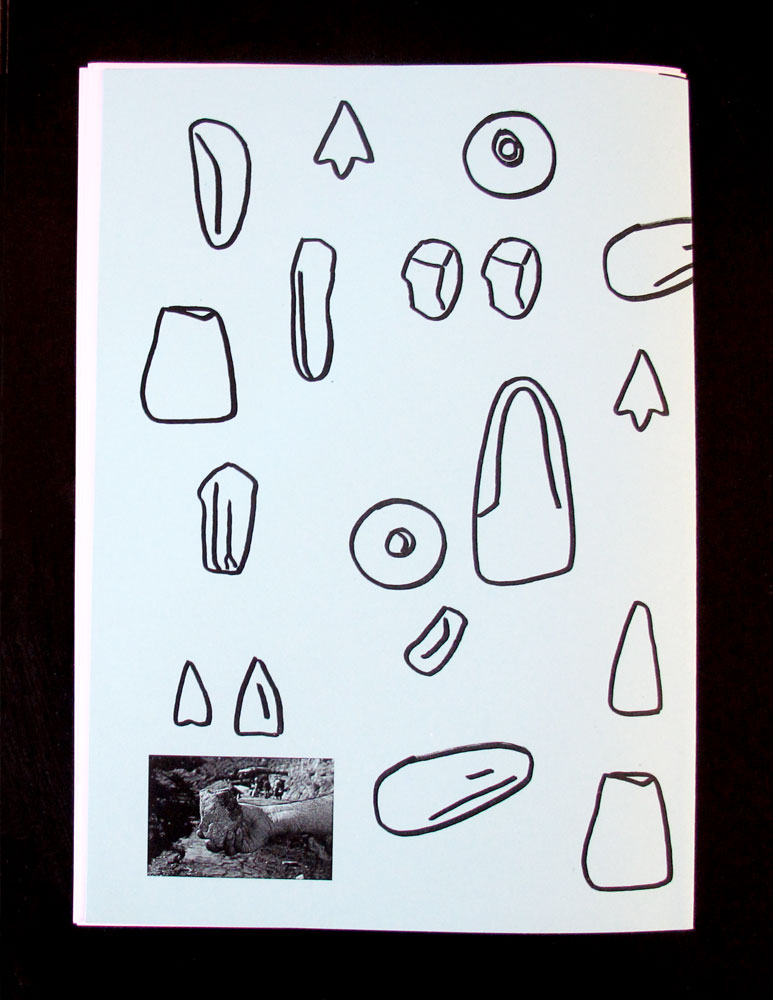 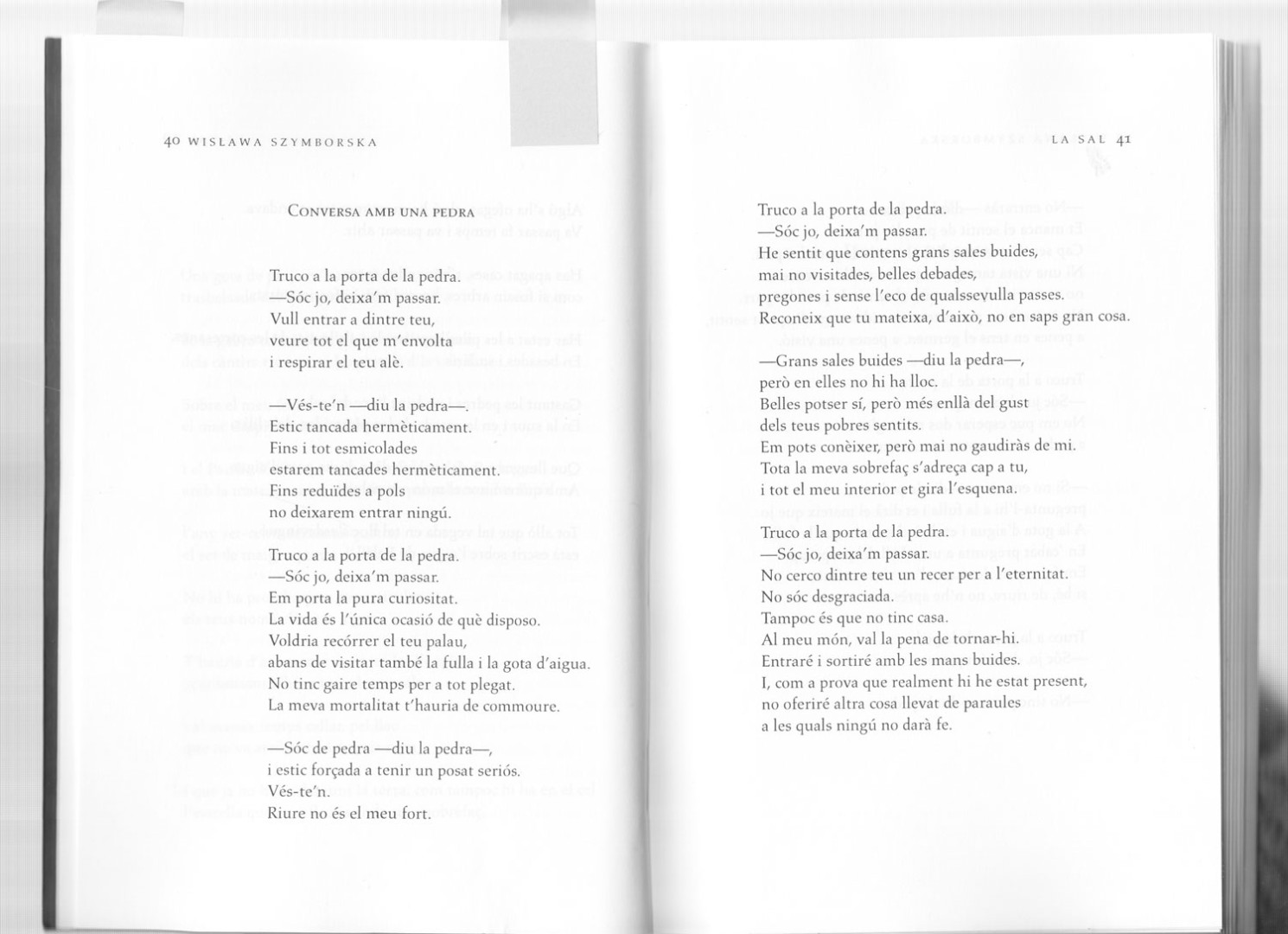 In this publication, I organize all the texts gathered and used by curator Caterina Almirall during the process of planning the exhibition “Truco a la porta de la pedra”, which took place at La Puntual (Barcelona) and later on at Espacio Trapezio (Madrid). In this work I connect Caterina’s texts with a group of images that I selected for the ocassion, all of them related to the stone’s matters and the artists’ works that conform Almirall’s proposal.

This publication continues the work I had done for such exhibition at La Puntual, in which (apart of exhibiting my series of paintings “Stones”) I also prepared the information leaflet in which a first selection of images accompanied Almirall’s text about the show. 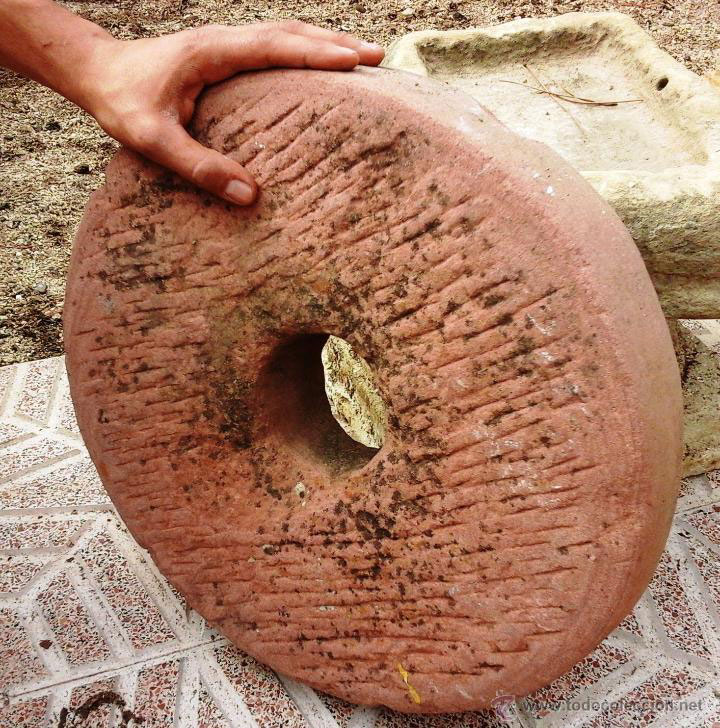 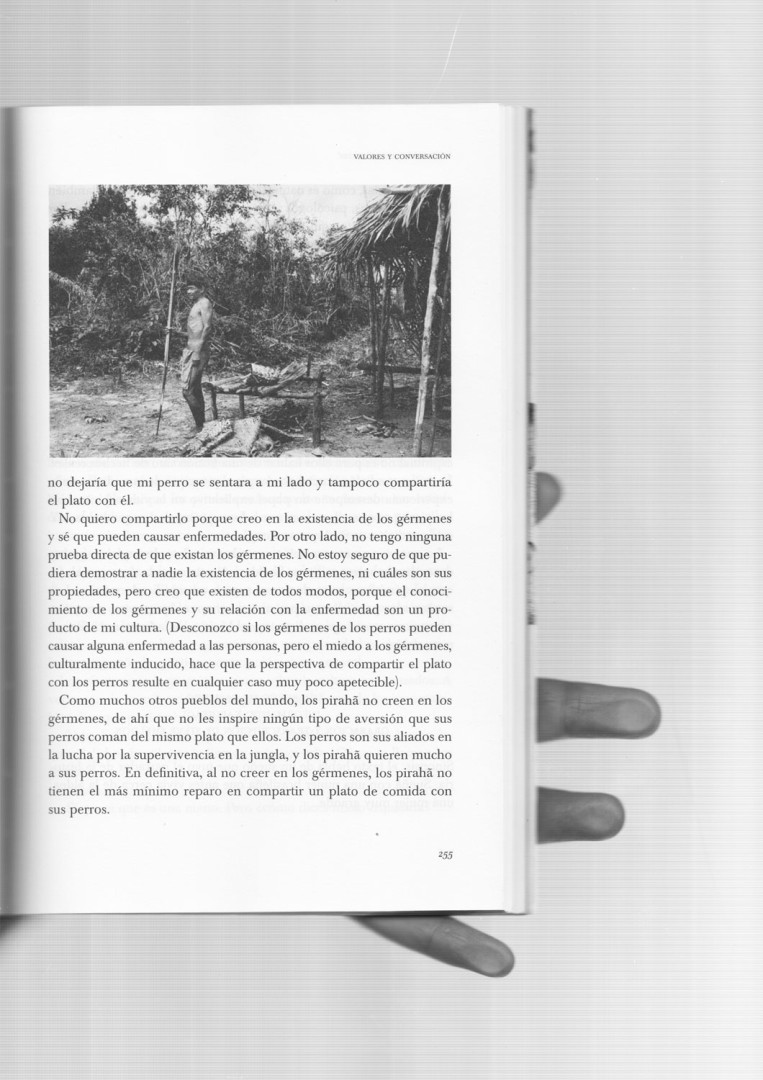 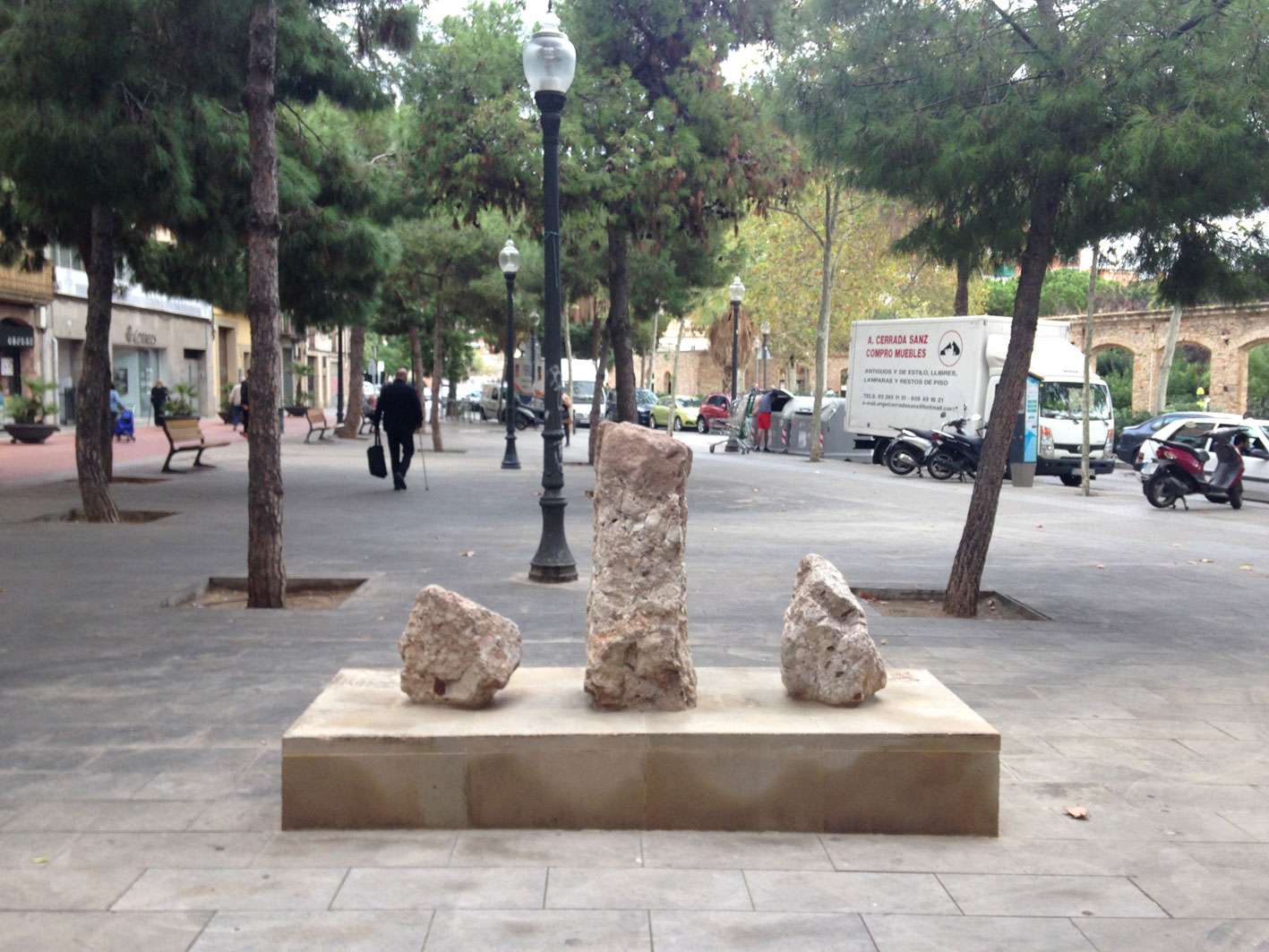 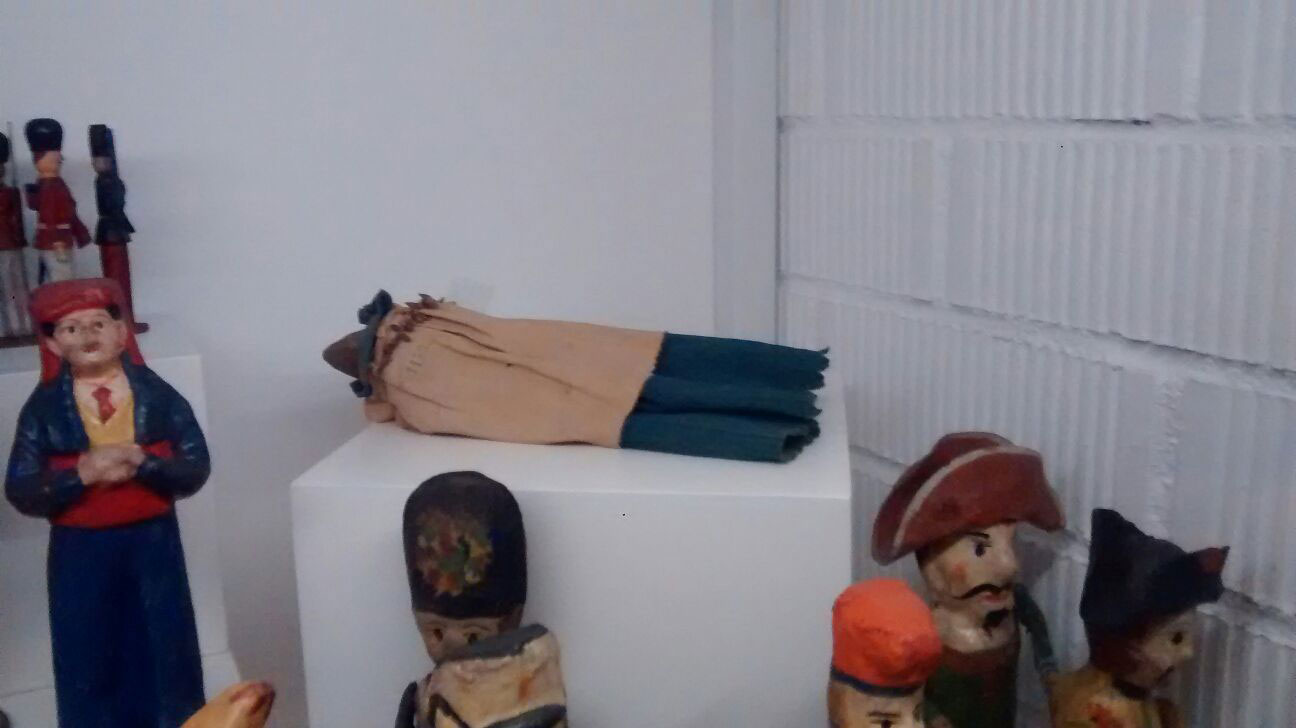 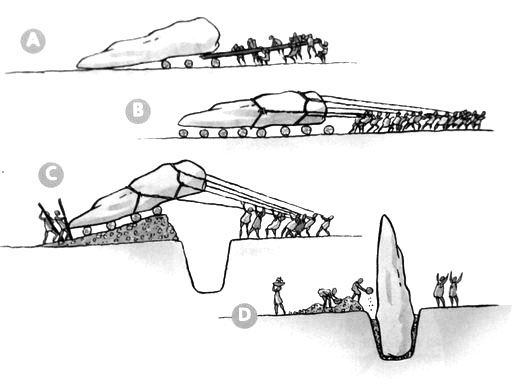 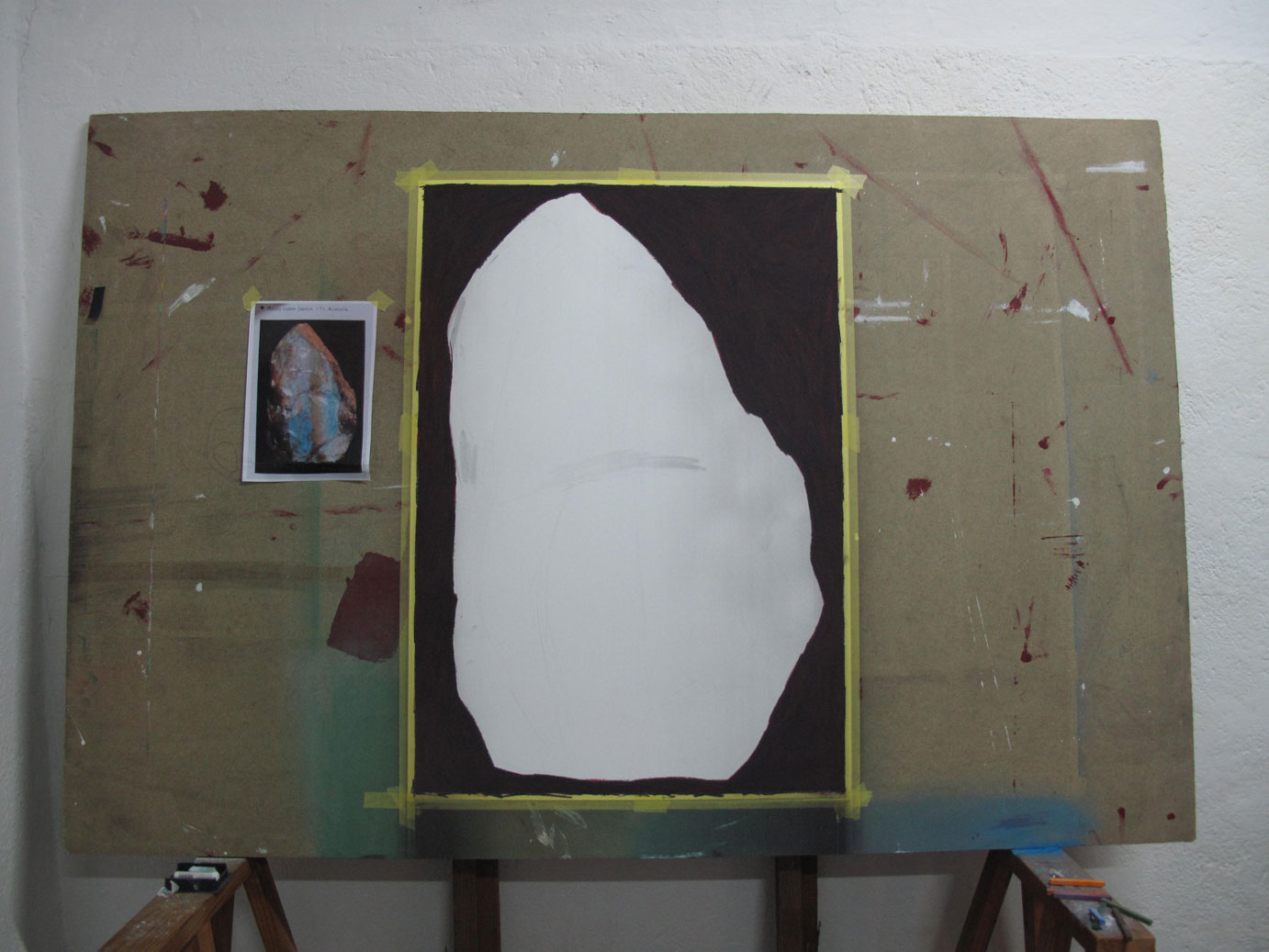 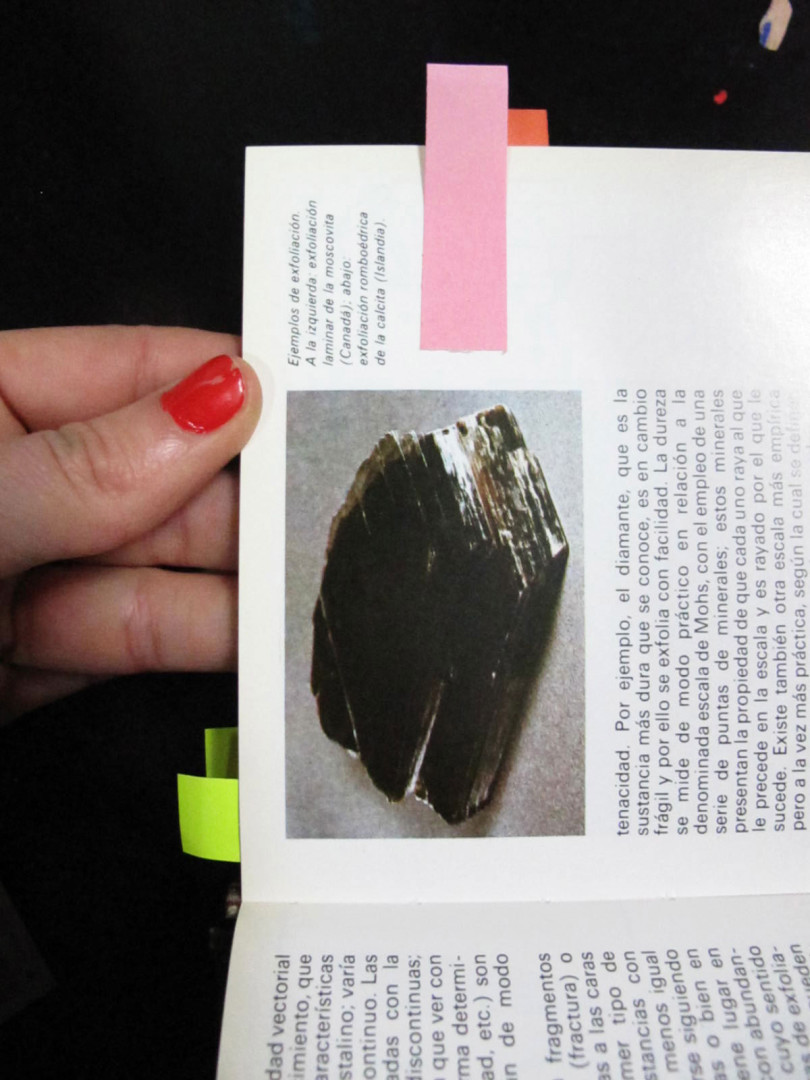 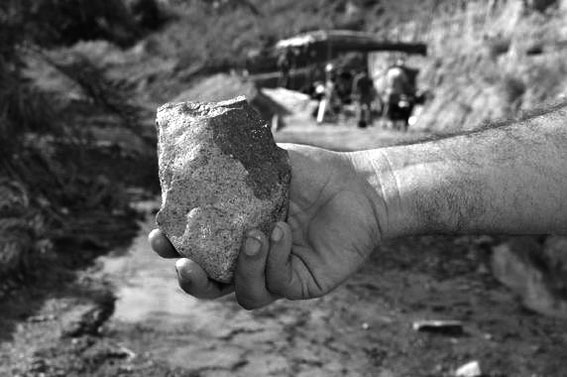 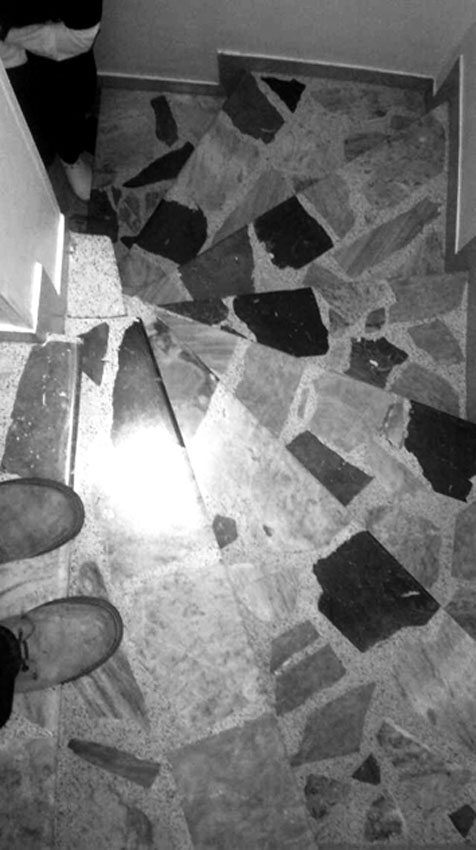 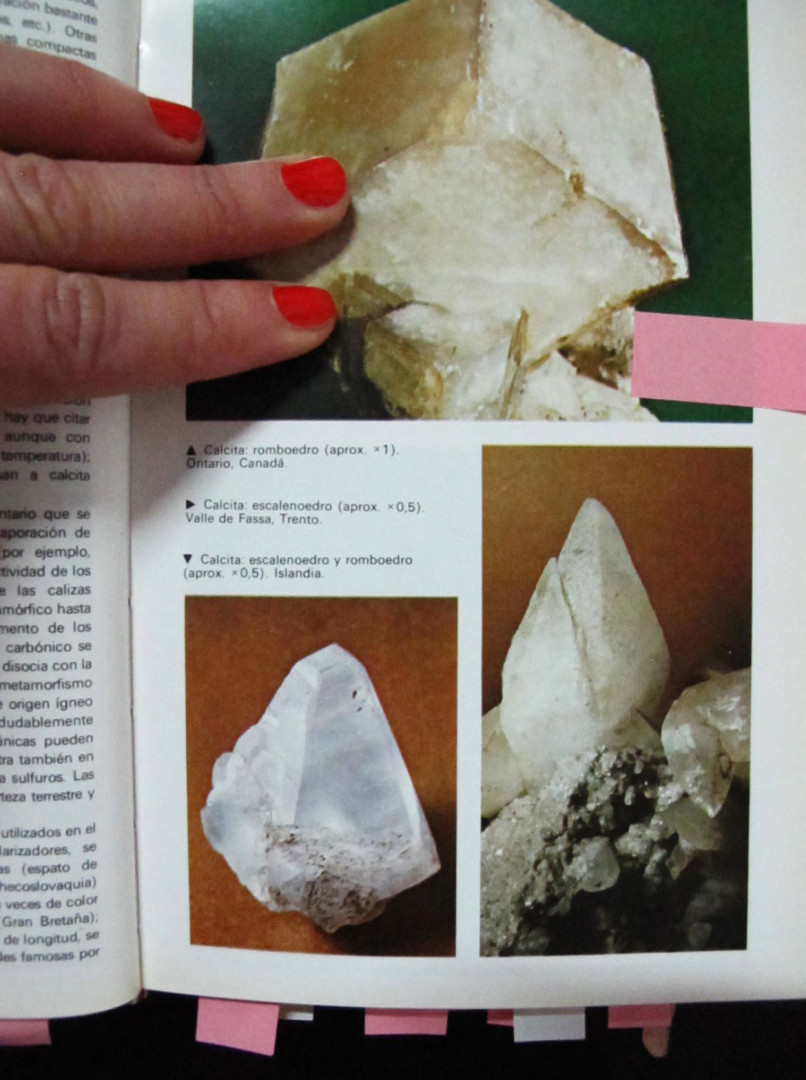 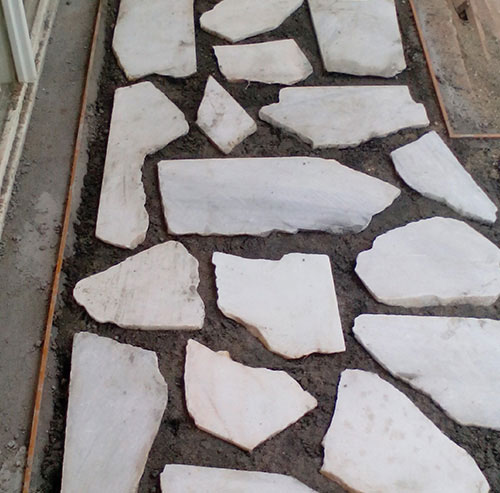 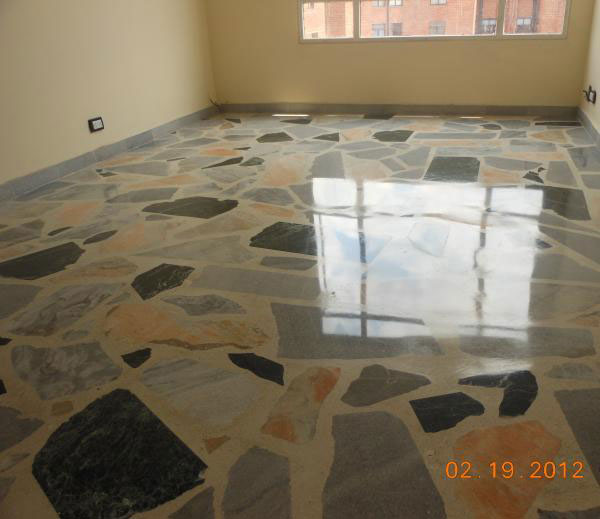 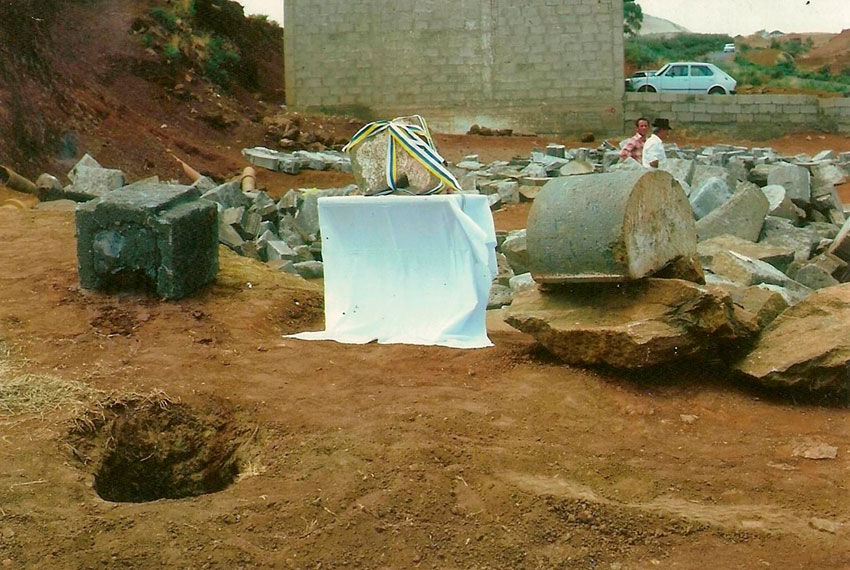 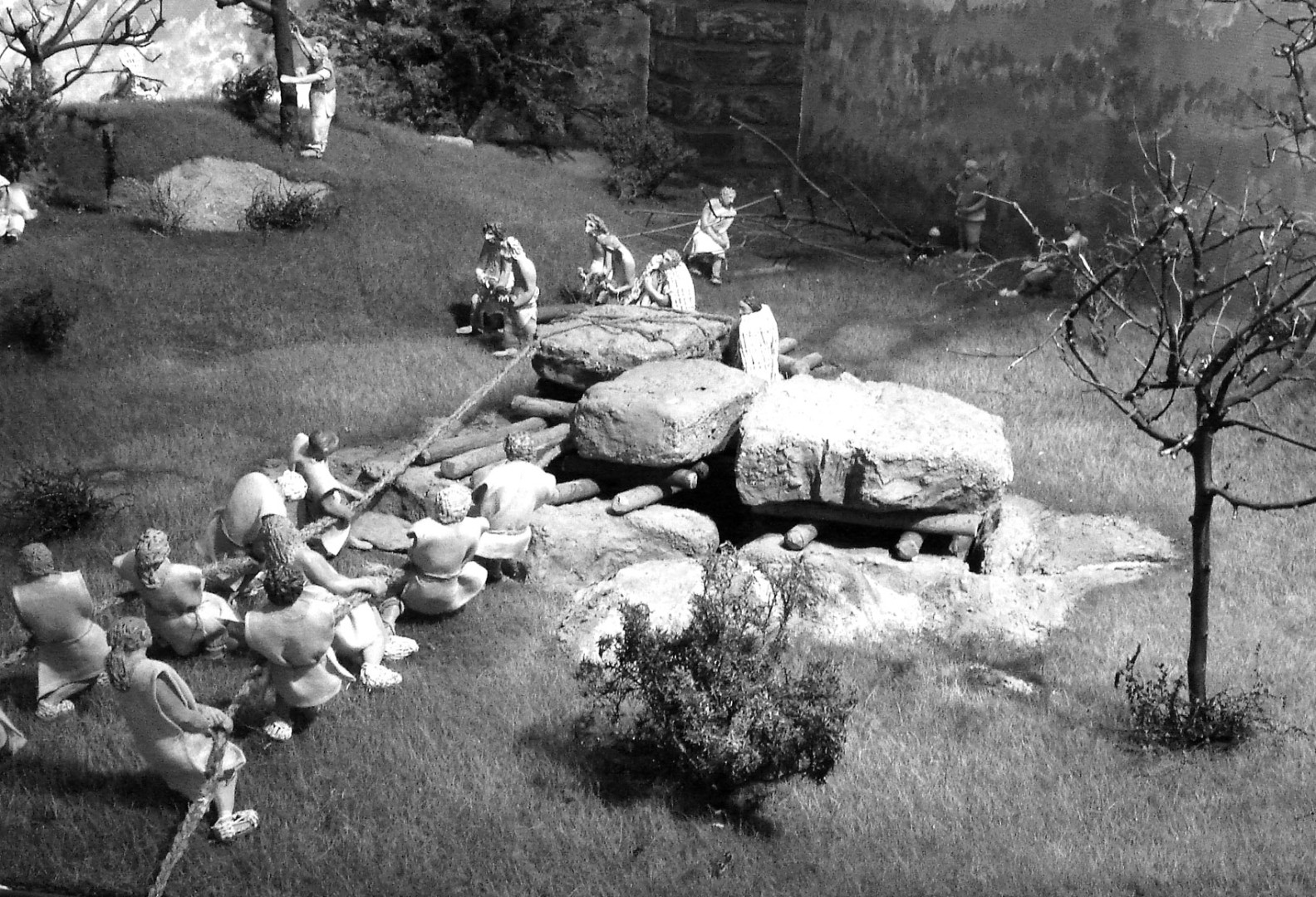 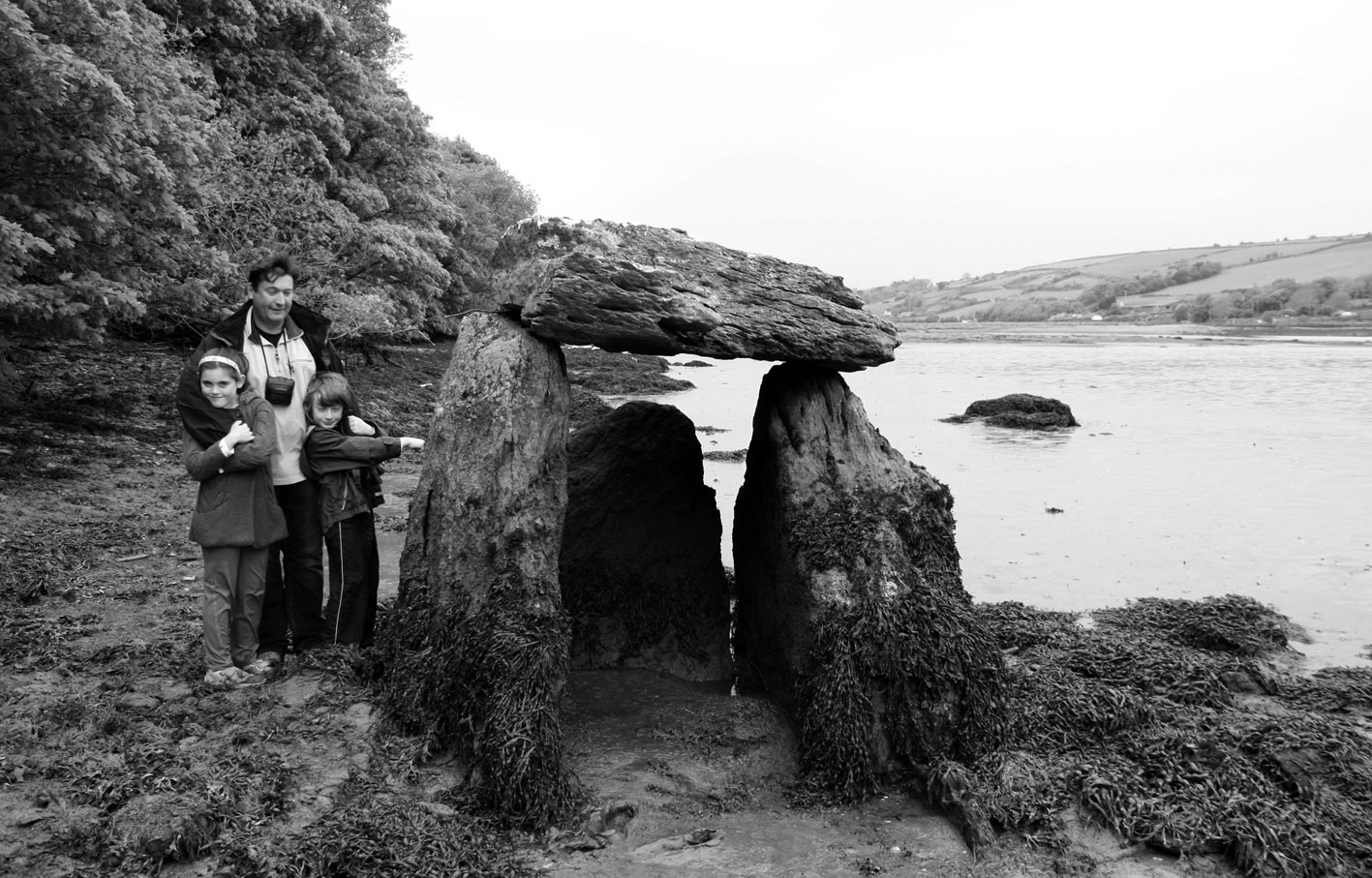 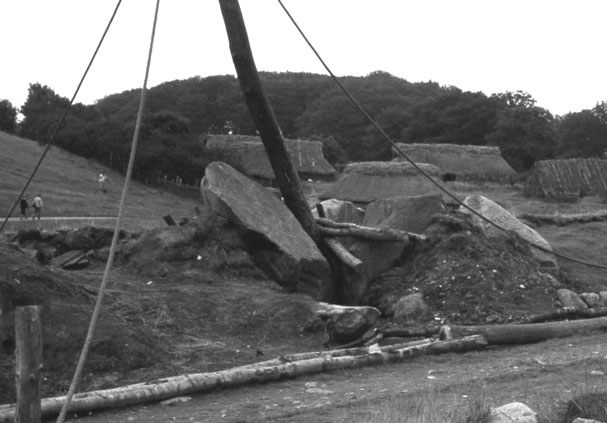 1. Szymborska, Wislawa. (1962) Conversation with a stone. Scan for the publication done for the seminar "Truco a la porta de la pedra".

2. Huge and centenarian stone manua-emery made. For sale at "Todo Colección" at 229 euros.

3. Everett, Daniel L. "Don't sleep there are snakes. Life and language in the Amazonia". (2014). Scan for the publication done for the seminar "Truco a la porta de la pedra".

5. Stone doll made by a Catalan child. This doll arrived at the Ethnological Museum of Barcelona on 1949 through donation.

7. Process of my series of paintings "Stones".

10. Ladders made of marble pieces.

12. Construction process of a floor made using marble pieces.

13. Floor made of marble pieces and windown reflection.

16. People posing for the picture with a dolmen. Photo found at google images.